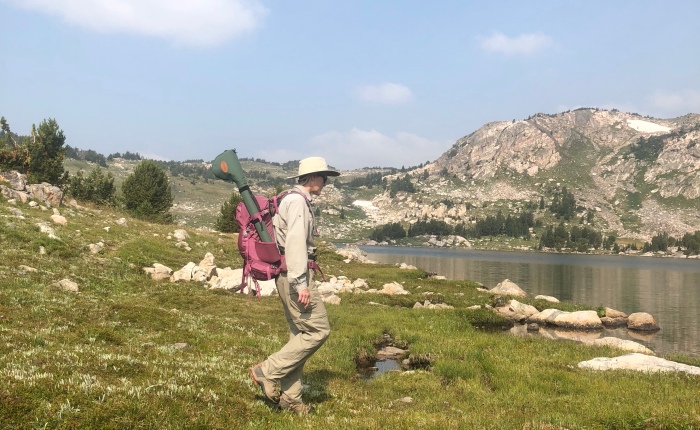 Our original plan for August was to go off in our camper into the bush close to home, but the smoke from wildfires made us change our mind. We stayed in Cranbrook until Wendy took her “house trailer endorsement” road test. Here’s a photo of her doing the pre-trip inspection during her test. The road test went well, even through the mid-day summer traffic and she is now certified Class 5 with 07 endorsement. We left town immediately after the test for Montana, where we hoped we would be out off the smoke. 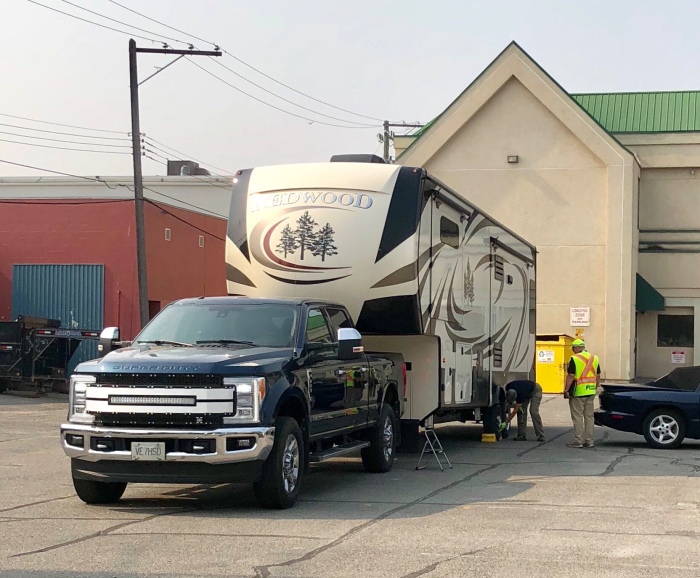 We stayed an hour east of Missoula, at Bearmouth for the first night. The next day we drove through to Red Lodge, Montana and stayed at the KOA. We chose Red Lodge because of its proximity to the Beartooth Highway, a engineering marvel. The road goes up to Beartooth Pass at over 10,000 feet. Here’s a photo of a postcard showing some of the switchbacks. 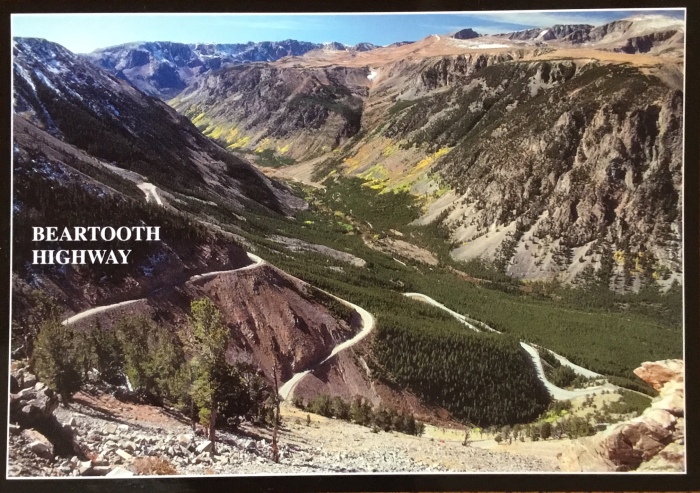 We had a perfect day. Here’s a photo from one of the viewpoints.

We drove over the pass and into Wyoming to the Island Lake campsite and trailhead and set off for a short hike. The flowers were past their prime but still beautiful. The fairly level trail goes by a number of lakes. It’s was wonderful to start a hike at 9,500 feet. No trudging uphill to get to the views! 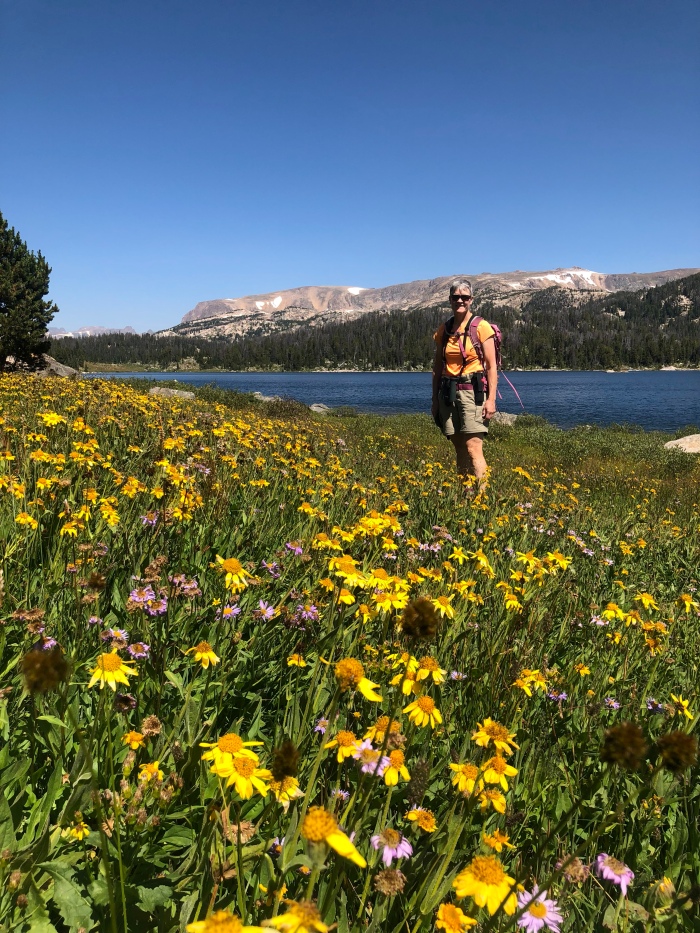 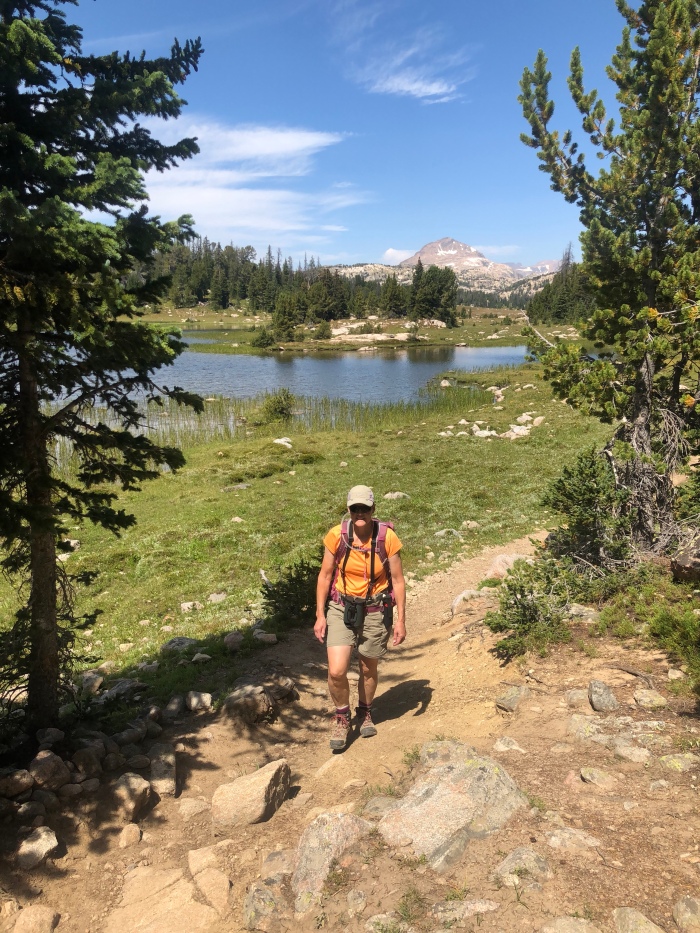 The next day, we went up to the Beartooth plateau again and tried our hand at fishing. We went to Hauser Lake which is about 20 minutes from the highway. The first photo is of Doug, the second of Wendy. It’s kind of hard to tell us apart, since we have the same fishing clothes. We caught a fish each.

For our fifth day of the trip, we drove about an hour and a half to Cody, Wyoming. Cody is a true tourist town, since so many Easterners travel through it on their way to Yellowstone National Park. We found some good deals at Sierra Trading Company, then enjoyed an amazing lunch that included some of the best fries that Doug has ever had. After lunch, we visited the local quilt shop and were pleasantly surprised at their fabric selection.

Back to fishing: this time after buying some recommended flies and a hiking guidebook that described the route to Upper and Lower Sheepherder Lakes. The first photo is the “follow your nose” route to Upper Sheepherder and the next two are at the lake. It was a beautiful lake, but with no fish action, so we headed back down to the lower lake. Doug caught a fish on one of his first casts and enjoyed catching and releasing several. Wendy was happy to catch and release a little brook trout, especially because she had improved her cast enough to get her fly out to where the fish were feeding. 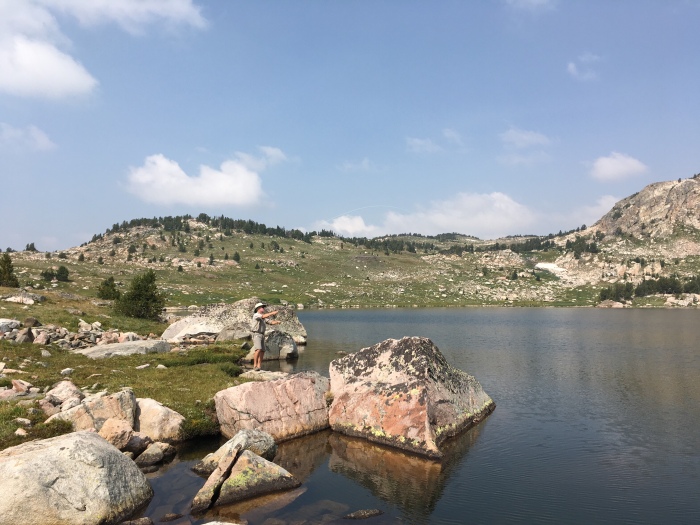 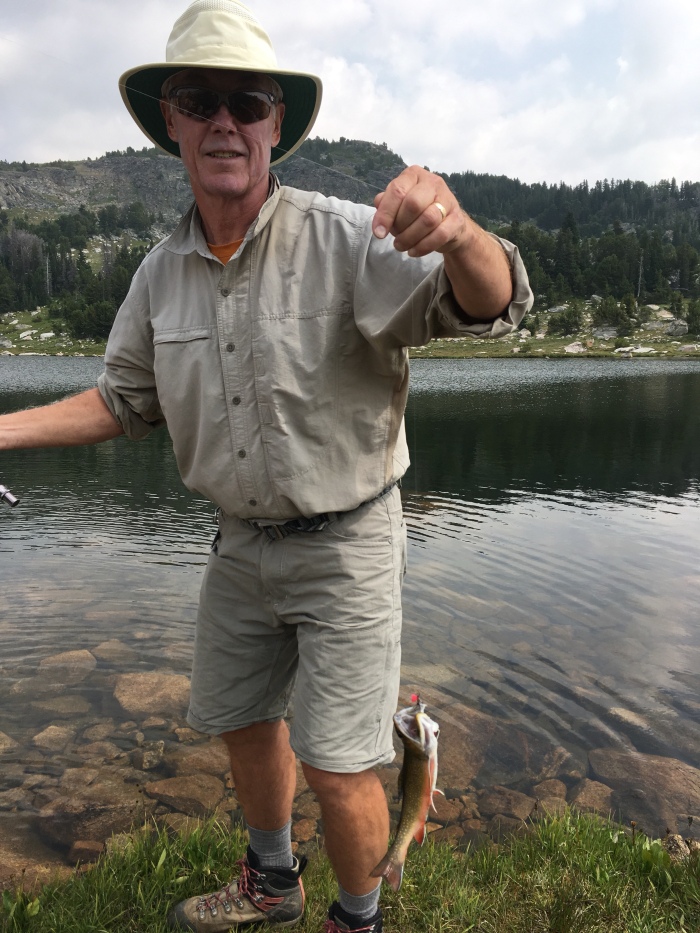 Red Lodge was a great base camp for us and it was even better when we discovered they had their own brewery. Red Lodge Ales is celebrating their 20th Anniversary this year. We visited a number of times and liked every brew that we tried.

We stayed at the KOA in Red Lodge, which was comfortable but rustic. The saving grace was the new shower room, which we enjoyed because we didn’t have sewer hookup.

On our final day up on the plateau, we hiked to Hauser Lake again, fished from the other side (no luck), then hiked to three other small lakes to make a circle tour. It rained for a few minutes before we made it back to the truck and we could tell the weather was changing. 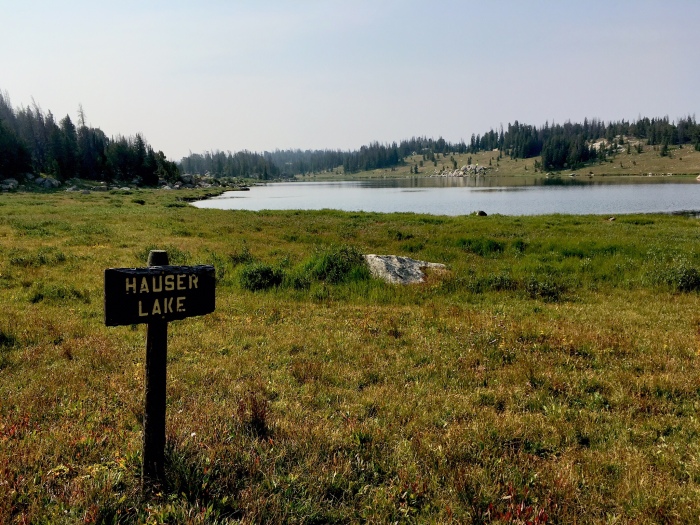 On our way down the Beartooth Highway, we drove through a thick bank of fog. It was colder on the valley floor than it was up on the plateau. It rained hard that night and was still chilly the next morning as we packed up. The weather improved as we headed north. We chose to try out a new route home and stayed east of the Rockies, going through Great Falls to stopping in Shelby, Montana for the night. The Shelby RV Resort is connected to the local Comfort Inn and has spacious pull-through sites. 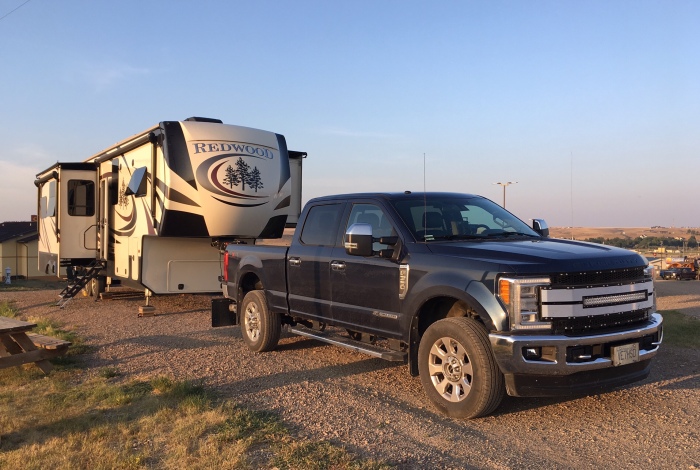 Our “travelswithafox” mascot has gone through another change. We hung the new wall-hanging in the trailer above Wendy’s chair; which you can see in the photos below. 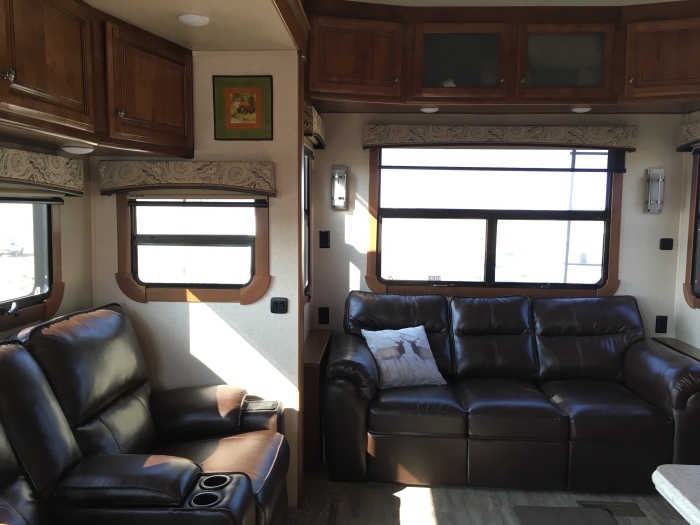 Stay tuned for our next post from Sisters, Oregon (folk festival this time) and the Okanagan (for wine-tasting).